Who’s Who at St Mary’s 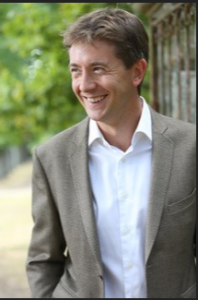 After an organ scholarship to Cambridge, Richard worked for two years as assistant to Robert Weddle at the Maitrise de Caen choir-school in Normandy, where he was also assistant conductor of the University Choir and Orchestra. In 2000, he was appointed musical director of the Academie de Musique et d’Arts Sacres in Sainte Anne d’Auray, and obtained the Agregation de Musique and the Diplome d’Etat in choral conducting. He was made a Chevalier de l’Ordre des Arts et des Lettres by the French Minister for Culture and was awarded the Medaille de Merite for his services to culture and education. He has performed with internationally acclaimed soloists and orchestras. As a composer, he has written extensively for choirs and his catalogue includes oratorios, cantatas, mass and motet settings which have been published and commercially recorded. He was appointed Director of Music at St George’s College in 2017. 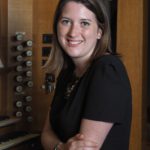 St Mary’s Church is next to the river at the southern end of Putney Bridge.
It is in a controlled parking zone, so we recommend you come by public transport.

Putney is very well-served by buses, tubes, and the rail network………..

By Bus:  Many bus routes go through Putney. Here are a few useful ones:

From Piccadilly Circus to Putney Common, take a number 22

From Oxford Street to Putney High Street, take a number 74.

St Mary’s Church Putney
If you would like to stay informed of announcements and upcoming events in the parish, sign up to the Church Mouse’s email updates by clicking the 'Subscribe' button: